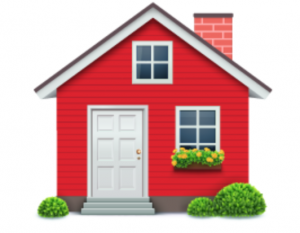 After announcing they made the “difficult decision” to separate and divorce after ten blissful years of marriage, Ben Afleck and Jennifer Garner face the unenviable task of dividing their assets, just like any other couple facing a divorce would… except they have a lot more things to split up and a more complicated asset distribution than the average divorcing couple. For example, their Los Angeles house, pictured above (right), may be worth a bit more than yours or mine.

What is “personal property” and why must it be divided in divorce? Personal property includes assets like vehicles, furniture, clothing, art, books, jewelry, household items and even pets.  It can be difficult to value.  As part of a divorce, the court looks to divide shared items acquired during marriage in a way that is fair and equitable.

Ben and Jen plan to enter mediation to ease the process of divorce and the difficulty of asset distribution, as many couples do.

So, inquiring minds want to know, how much is at stake? Estimates of their combined wealth range around $115 million, give or take a million.

Ben and Jen, who married in 2005 and have three children, (Violet, 9, Seraphina, 6, and Samuel, 3) each earned millions of dollars during marriage.

Real estate can be the largest dollar value asset and hardest thing to divvy up in some divorces. So, what about with Ben and Jen? The couple were both living in a 8,800-square-foot home that they purchased 2009 for $17.5 million. In 2003 Affleck also purchased a $7 million, 50-acre spread in Savannah, Georgia. As it currently stands, neither plans to move immediately.  This home is considered “community property” as it was purchased with community funds during marriage.

As is the case with “normal” people, houses purchased while the couple was married will likely be considered “community property.” But if there is a home that was purchased by one of them while single, that property may be their own separate property it would not be divided during divorce.

Real estate also must be divided, or the party not keeping the property is normally given a “credit” towards their portion of the value of the property if the other spouse elects to keep it.  The court will normally divide jointly-owned property and the other will get what’s referred to as an “offset”.

Forbes reported that Affleck earned about $35 million in 2014 alone.  Garner has lucrative commercials for companies including Neutrogena and Capital One in addition to her movie made money, which is less than Affleck’s but still nothing to balk at. Long story short, neither will have issues paying their bills, but it will be a lengthy process to divide their assets and work through child custody issues.