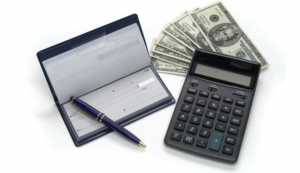 In Washington State, a Superior Court Fee Schedule Revision went into effect on July 24, 2015.  This cost increases what was already a high cost of filing certain actions including divorce and separation.

Substitute Senate Bill 5631, in part, increases the current surcharge on domestic cases (dissolution, legal separation, and declaration concerning the validity of marriage) to $54.00. This represents an increase of $24.00 to this surcharge, and brings the initial filing fee to $314.00.

In divorces, the person filing the action becomes the “Petitioner” in the action, and takes on the burden of the cost of filing. Filing a Petition for Dissolution is one of several documents that must be created and filed in order to get divorced. Once the other party is served those papers, they have 20 days to respond. They are deemed the “Respondent” in the action. Sometimes parties will choose not to respond, which is their right. However, the best idea is to retain competent legal counsel and respond.

Washington is a community property state. This means that money made and items acquired during the marriage by either party, with a few exceptions, are normally viewed to be owned equally by each party. On the other hand, separate property remains with the spouse to whom it originally belonged. The same is true with debts created during the marriage, even if one party did more of the spending.

Generally, property owned before marriage is separate property. Even during marriage, gifts given only to you can remain yours alone. (So, if your mom gave you a set of china or your uncle gave you a car as a gift, those items would not be considered community property.)

In Washington the court sometimes may include separate property in the property division during a divorce. The judge decides whether that exception applies and how all property should be distributed after considering multiple factors.