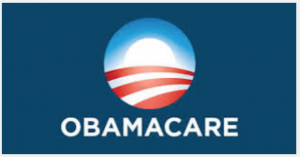 Happily ever doesn’t happen as long as we would like. Almost 50 percent of the time “happily” married couples in America end up getting not so happily divorced. For those with children, determining custody, child support and dividing assets are often made the top priorities.  Health insurance, especially now that we have the Affordable Care Act (ACA)  should also be a key consideration. The ACA is more commonly known as Obamacare.

Most employers don’t subsidize the health insurance of an ex-spouse, so the person who is no longer covered must get new coverage. If that person works for an employer who offers insurance coverage, they can sign up at work. If not, they must find coverage elsewhere.

Obamacare may affect those going through divorce. Below are a few examples of what may be impacted.

Previously, divorcees who were no longer eligible under their ex’s insurance plan were able to keep the same level of benefits under the Consolidated Omnibus Budget Reconciliation Act (COBRA). However, anyone choosing coverage under COBRA would have to pay for it themselves out of pocket. COBRA is not cheap. In fact, many people opt to go uninsured than get COBRA coverage when faced with the hefty premiums COBRA sets them up with.

One of the frequently repeated criticisms about the ACA has been the additional costs it puts on marriage. Under Obamacare, middle and lower-income citizens may qualify for subsidies. Generally, someone earning up to $45,960 and a family of two with a combined pay up to $62,040 will qualify for subsidies.  If each party makes $40,000, a joint income of $80,000 would keep them from qualifying for a subsidy — while married. Each of them would be eligible for a subsidy if they divorced, so there is a financial benefit to getting a divorce like there never has been before.  Some say that people don’t get married and divorced for things like this, but, truth be told, people have gotten married for lots of other financial reasons (including tax credit) and other reasons (including gaining citizenship) that might not make sense to some.

Health insurance companies could deny coverage in the past to people with preexisting conditions. If a person with a chronic, preexisting, illness, got a divorce, they might have found they were helpless to get coverage on their own without their ex’s employer plan. The ACA makes it unlawful to deny coverage based on pre-existing conditions. So, fewer couples will have to opt for separation over divorce like they used to.

Will There Be More Divorce Because of Obamacare?

An uptick in divorce could be an unintentional side effect of health care reformation. From a family law view, it’s not only plausible — but expected. Losing health insurance after divorce is an especially common dilemma for females. Many women do not work outside the home or work for employers who do not provide coverage. Even when those women qualified for COBRA under their ex’s health care plan, often the premiums were not affordable.

Long story short, health care is just as important if not more so since the passage of Obamacare.  Families should pay attention. Before considering a divorce, each side should think about the impacts of divorcing on their health care coverage and premiums.