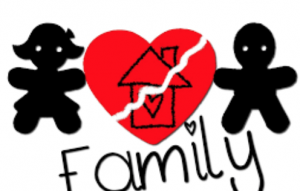 When we see people with money divorcing one of the first questions we have is who got the premarital agreement and who stands to benefit financially. Oftentimes,  the wealthier, more-moneyed future spouse has minimized or eliminated the post-marriage rights of the less-moneyed spouse and ensured that the prenup would be still enforceable under that state’s laws.

The goal that some attorneys have in drafting a premarital agreement is to take it all the way to the edge of unconscionability without taking it over the edge, because if it goes over that edge a judge can rule it illegal. Unconscionability is very a high legal standard. To judge an agreement as unconscionable, the terms for the less-moneyed spouse at the time of divorce must be more than just patently unfair, or even extremely unfair. Courts defined an unconscionable agreement as “one which no person in his or her senses and not under delusion would make on the one hand, and no honest and fair person would accept on the other, the inequality being so strong and manifest as to shock the conscience and confound the judgment of any person of common sense.”

The problem with this standard is that many sensible future spouses enter into such unconscionable contracts. They agree because they have already invested time and emotion in a given relationship and do not want to start all over again. Unconscionability is hard to prove in a court of law. The court gives the suing party the burden of proving it. The less-moneyed spouse may not have the funds to litigate, and the court case may be well be a losing battle under this extreme standard anyway, especially if that spouse originally had the benefit of being represented by an attorney in the prenup negotiations.

Here are some terms offered in prenup drafts by attorneys for more-moneyed spouses:

Alimony? Sometimes banned in total, no matter the circumstances at the time of a divorce, and regardless of the income or assets of the more-moneyed spouse or the non-monetary contributions of a spouse.

Property division? In many agreements, all premarital property — and often post-marital property — is forever owned by the more-moneyed spouse. Gains and income generated by that property are also separate. (Assets are only shared if the owning party chooses to do so.)

Earnings during marriage? Some prenups declare that earnings from employment during a marriage shall forever belong to the earner, who will share the earnings only if and when he or she wants to. It doesn’t matter if the other spouse will be a stay-at-home mom or dad and homemaker during the marriage.

Prenups  should meet the goals of both parties and also be as generous as possible within that framework. Too often an “off-the-shelf” prenup, generally submitted by the attorney of the more-moneyed spouse. Money isn’t everything in a marriage. Providing the comforts of home is valued in divorce law equally with earning money. For the sake of the marriage at hand, the more-moneyed spouse will do well to ensure the future security of the partner that they love, even if that union could eventually end in divorce.

This is the operative question: What’s more important — the money or the marriage?

The knee-jerk asset-protection route will lose its appeal if all eyes are on the prize: the marriage itself. The best process is one in which both clients and their attorneys aspire to create a prenup that supports the health of the impending marriage and helps it to thrive.

Sharing is healthy and good for a marriage. Recent academic studies have confirmed that generosity is at the root of a good marriage, and couples (especially young people) who sign ungenerous prenups have unwittingly put a serious roadblock in the way of success. If you or a loved one plan to be married and are considering a prenup, think about what terms you would want in it to demonstrate caring toward your partner…no matter whether the marriage might someday end in divorce.

Excerpts taken from an article by Laurie Israel. She is an attorney and mediator in Massachusetts and the author of The Generous Prenup: Creating a Caring Premarital Agreement that Supports Your Marriage.