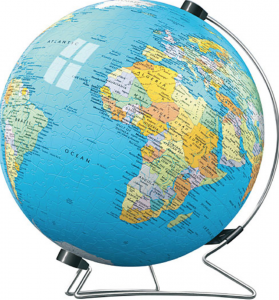 The world is getting smaller and smaller. We live in a global society and have an international economy. International travel is easy. Thanks to the internet we’re all connected in new ways. These days, people meet and fall in love across international borders. So it’s no surprise that marriages involving dual citizenship are more common than they were ten years ago.

If you are a woman who’s part of a dual citizenship marriage and you’re contemplating divorce, or if you’re planning to move overseas with your husband or fiancé proceed with caution. Before you leave, make sure you are familiar with the answers to questions about divorce involving dual citizenship and/or regulations from another country.

What is dual citizenship?

A person can be a citizen of two countries at the same time. Sometimes, dual citizenship happens automatically. For example, a child born in a foreign country to U.S. citizen parents may be both a U.S. citizen and a citizen of the country of birth. In other cases, it’s a matter of choice.

From the U.S. Department of State:

Dual nationals owe allegiance to two countries and are required to obey the laws of both.

My husband has dual nationality. We are not living in the United States.

Where do we get divorced?

Even if you’re a U.S. citizen, the court with jurisdiction over your divorce will most likely be the one in the country where you live. If you own home(s) abroad and have flexibility as to the location and timing of your divorce, it is worth the effort to research what the best location is. Countries vary in their legal views of women’s rights, acceptable grounds for divorce, alimony, property distribution, child custody and child support, among other things.

I got divorced over there. Is it legal back here in the U.S.?

If you and your husband lived “there” at the time of your divorce, then probably yes. But there is no treaty between the U.S. and any other country ensuring recognition of foreign divorces. However, the State Department believes that divorces obtained in foreign countries are generally legally recognized here, if both parties were living in the country in question when it was issued. Several states, including California, will not recognize a divorce decree obtained abroad when both spouses were living in their home state.

How do I begin the divorce process?

If you have children, you may want an expert in international custody issues. These issues are notoriously complicated, the laws are hard to enforce, and the stakes are high. Being well-prepared, well-informed and well-advised about the divorce process is critical.

Reprinted with attribution to the author:

Jeff Landers is the author of the new book, Divorce: Think Financially, Not Emotionally – What Women Need To Know About Securing Their Financial Future Before, During, And After Divorce, which provides women going through the crisis of divorce with the tools they need. Jeff writes “Divorce Dollars and Sense,” a weekly blog for Forbes.com about the financial aspects of divorce for women.

All articles/blog posts are for informational purposes only, and do not constitute legal advice. If you require legal advice, retain a lawyer licensed in your jurisdiction. The opinions expressed are solely those of the author, who is not an attorney.